Create the perfect first impression with a new front door 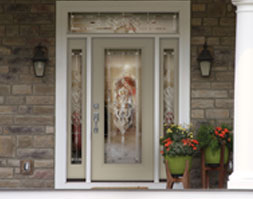 If you want your home to make a statement with great curb appeal, it’s important to have the right front door. Mikita Door and Window can help you get the perfect entry door to complete your home’s design and help you make a great first impression.

Whatever type of entry door you’re looking for, Mikita Door and Window offers virtually endless options. Do you want to create a dramatic statement with beautiful French doors? Are you looking for a low-maintenance entry door that offers the best performance and value? Our specialists can help you choose the best replacement entry door for your home and take care of the installation.

Contact us today to request your no-obligation consultation and estimate!

Some of our popular Entry & Exterior Doors

Functional, beautiful and full of features. Our variety of entry doors can give you the entryway you need to give guests the impression you want.

Massapequa is a hamlet in the southern part of the Town of Oyster Bay in southeastern Nassau County, New York, on Long Island, east of New York City. It is adjacent to Amityville in Suffolk County. As of the 2010 census, the CDP had a total population of 21,685. Greater Massapequa, including North Massapequa, East Massapequa, and Massapequa Park, has a population of over 75,000. It is serviced by the Massapequa station on the Long Island Rail Road.

See What People Are Saying About Us On Google >>

They did an amazing job and that is why I decided to use them again my entry and storm.

They were on time, treated me like family, and most importantly provided quality work.

Very simple process. I ordered 3 ProVia Storm Doors. I had them installed. I know ProVia after being in the business for 20 plus years and these guys have a great record with great references. It went exactly as expected. Thanks
Elliot Willis

I initially had a small snag with an order I received from Mikita. There was a small chip on the glass. It was very small, but it still bothered me. I felt Mikita handled it nicely. They ultimately installed a new door with the glass that was perfect. Honestly, that was worth the purchase of the door in gold! I’m very happy and love these guys!
Christopher Morgan

Looking for a few things on my home I was very hesitant looking for doors, windows and siding. You hear these horror stories and I certainly didn’t want that. I was referred to Mikita by my friend and she said they were very easy and honest to work with. So I gave it a shot. They educated me on many products and over a year later I felt competent enough to pull the trigger. I ended up doing windows and siding with them initially. The windows were installed Saturday and I look forward to the siding install. This was a lot easier than I anticipated and I’m very happy. They did a nice job!
Emma Nelson

My wife and I felt extremely comfortable coming to these guys. We were in search of a Round Top Entrance Door. When I came into the store we worked hard with a gentleman named Michael to find a style that worked for our house. We picked out a style on the computer and found the stain color that best matched what we had already had. Long story short, both boys were very easy to deal with. They took their time and got us exactly what we were looking for. Round top doors are not cheap, but I felt they were reasonable enough and the install was warrantied. Very happy!
Eliot Thomas

I just wanted to thank you for all the work you have done at the house. My father was very satisfied! He found you guys on google and visited the office. He ended up choosing a ProVia Entrance Door and ProVia Storm Door. Needless to say the quality of the doors are extremely nice. The install was done by Corey’s Uncle (I believe his name was Steve). He was extremely professional. I look forward to using them for the siding!
Helga Schmid

Mike and Corey from Mikita have been so helpful answering all of my questions and making the process so easy. Would highly recommend them for anyone looking to make improvements on their home!
Kevin Scott

I found Mikita from the clipper and my wife and I were very interested in the Provia Door. We finally got it installed today from a gentleman named Ray. Let me tell you from the first day that we walked into the showroom and designed it with Mike I felt extremely comfortable. I did not feel rushed at all. Both Michael and his brother I felt were extremely helpful. Even when I mentioned to the installer there was something I wanted to touch up and it was a non issue. The product speaks for itself. The literally make the nicest products that I have seen. The warranty is top notch and Mikita has their own Warranty. Literally could not be happier with my choice. As a P.S they were also the least priced from two of their competitors . Would definitely recommend.
Nicholas Simpson

I have been there several times to go and take a look at doors and windows. I finally decided and researched enough that I was comfortable in Picking a Provia product ( in which Mikita was the least expensive) and believe me I have looked. I had Mike Jr over the house to measure. So far nothing but thumbs up. They were very easy to work with and seemingly very caring to how this project turns out.
Nicholas Mejiot
Reviews